A Fantastic Day Trip From London to Cardiff

Day trips from London to Cardiff in Wales are easy and fun. If you’re unfamiliar with the UK’s geography, Wales is a little nation located off the west coast of England. It’s easy to forget that Wales is a separate nation from England. Even though it’s located on the same continent as the United Kingdom. Wales has a rich history, language, flag, and government. There is a wide range of cultural practices, such as music, dances, and cuisine.

If you’re in London and planning a day trip to Cardiff. You won’t be short of things to see and do, libations to sip, and people to meet. If you get the opportunity, speak with the Welsh to learn more about the area. Such as where to locate the greatest Welsh cakes. 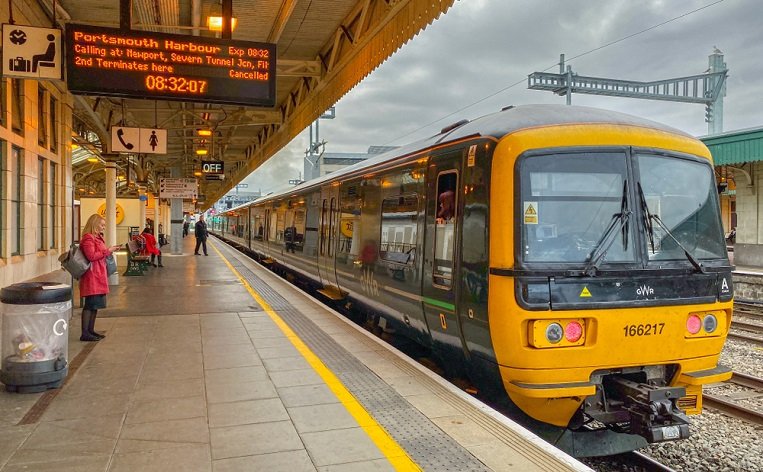 From London, How Can I travel to Cardiff?

Consider leaving as early as possible for a full day in a new nation. Which is around 3.5–4 hours by bus from London. We suggest taking the 8 am bus from London Victoria coach station to Cardiff University. It’s only a few blocks from Bute Park and a short walk from the city’s major thoroughfares. Perfect day trip from London. For roughly £30 roundtrip, you may use a bus service like National Express or Megabus to get to your destination.

Cardiff Central Station, in Central Square in the city’s center. It’s also reachable by rail from London Paddington Station for around £80 roundtrip which takes about two hours. Consider buying a package tour that includes transportation to and from Cardiff. As well as a tour of the city when you get there.

If you’re visiting Cardiff for the day from London, consider taking a hop-on/hop-off bus tour. The ticket is good for 24 hours after purchase and costs roughly £20. Cardiff Castle, the National Museum of Wales, Fitzalan Place. The Norwegian Church, Cardiff Bay, Mermaid Quay, Techniquest, Craft In The Bay, Lloyd George Avenue. St Mary’s Street and Principality Stadium are all included in the hop-on-hop-off bus’s 11-stop itinerary.

If the weather is nice, a walking tour of Cardiff.  It makes you more active while on vacation. Walking tours are a terrific way to visit the city’s key attractions, and learn about its history without wasting a lot of time. 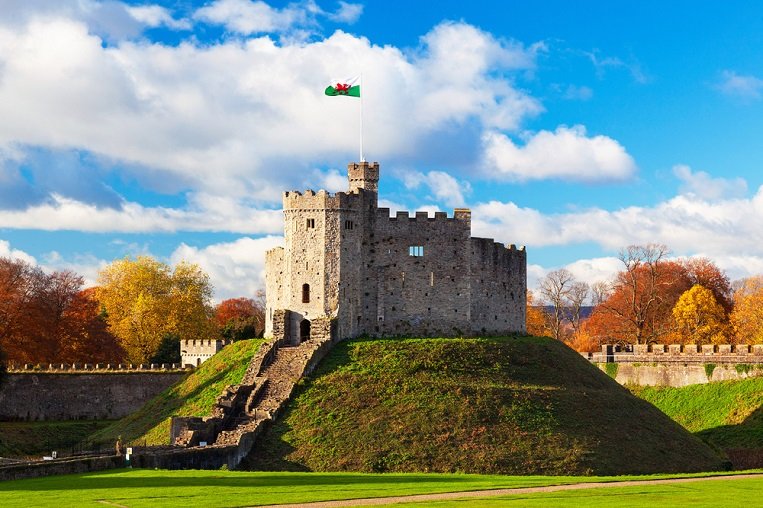 Cardiff Castle is one of Wales’ leading heritage attractions and a site of international significance.

Cardiff Castle, the city’s most famous landmark, takes around two and a half hours to thoroughly visit. As early as the 1st century, Cardiff Castle’s hilltop location served as a Roman fort. Although back then it was a considerably bigger region. The keep, which still dominates Stronghold Green today, was established by the Normans in the 11th century. And has undergone several improvements since then, despite being built on top of a Norman castle.

Since the Glamorgan Lords of Glamorgan built it in the 1500s. The Bute family has owned the Castle and its gardens. They turned it into the beautiful Victorian Gothic mansion it is today.

During WWII, it was used as an air-raid shelter for civilians. A replica of the shelter can still be seen today within the walls of Cardiff Castle. The 5th Marquess of Bute donated Cardiff Castle. Castle and its surrounding grounds to the citizens of Cardiff on September 10, 1947.

The primary entrance to the castle is the Black Tower/South Gate. Where you may enjoy the castle green and the café inside the walls of the castle for free. You must, however, pay a visit charge if you want to access any of the castle’s structures. The “Firing Line” is a modest museum on the grounds of the castle. Where visitors may learn about the history of the Queen’s Dragoon Guards and the Royal Welsh Forces. 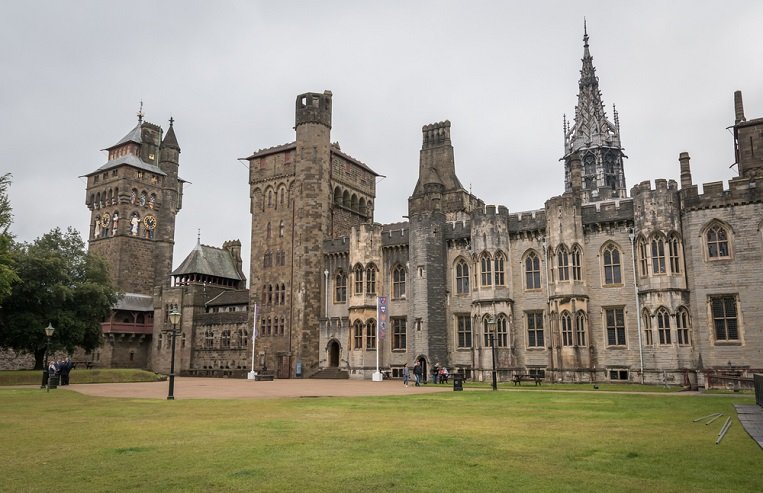 Most of the castle’s residential structures date back to the 1500s. But at the time of its acquisition by the Bute family, most of them had fallen into disrepair. As a result, many of the castle’s original apartments had to be dismantled and rebuilt. While the original furniture was removed when the castle was given to the people of Cardiff as a gift. The contemporary Victorian-Gothic-designed residence nevertheless has an impressive amount of historical décor.

The 3rd Marquess of Bute built the clock tower in the corner of the castle walls. It used to be a suite of bachelor’s chambers with a room for the servants and rooms to smoke in the summer and winter.

Tunnels that were utilized as air-raid shelters during World War II may be found inside the walls of the Castle. Explore the reconstructed inside of the walls to get a sense of the historical period. The Battlement Walk begins at the south wall and continues around the eastern wall to the north gate. Another option for a leisurely walk around the castle’s outer defenses. In the lowest parts of the walls, you can still see the ancient Roman fortress walls. 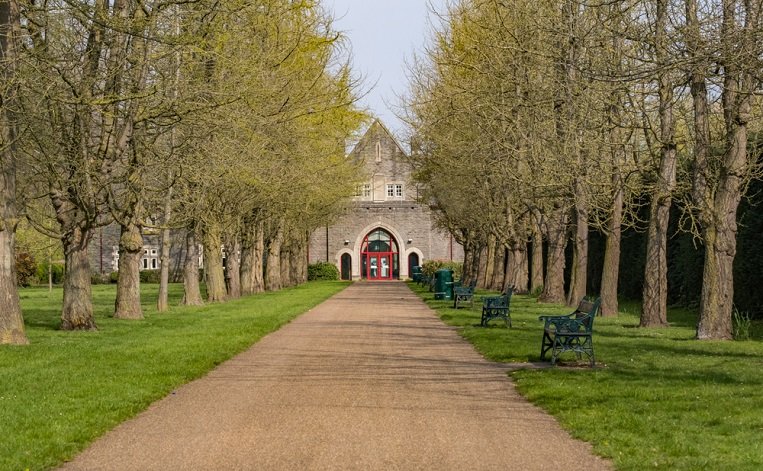 The charming Bute Park was once part of Cardiff Castle’s estate but it’s now a public park for all to enjoy.

The Arboretum and Bute Park

The 3rd Marquess of Bute, whose family formerly possessed Cardiff Castle, owned Bute Park. Which is situated in the heart of the city close to Cardiff Castle. At 56 hectares, the park is as large as 75 football fields! There are almost 3,000 different kinds of trees, including 41 champion trees. On its 130 acres of groomed gardens. It boasts the most champion trees of any public park in the United Kingdom. Making it the most impressive in the country overall.

In Bute Park, the River Taff flows through the park, providing a scenic vantage point for riverboat rides to Cardiff Bay. The 25-minute river trips cost £5 for adults and £3 for children, or $15 for a family of four. 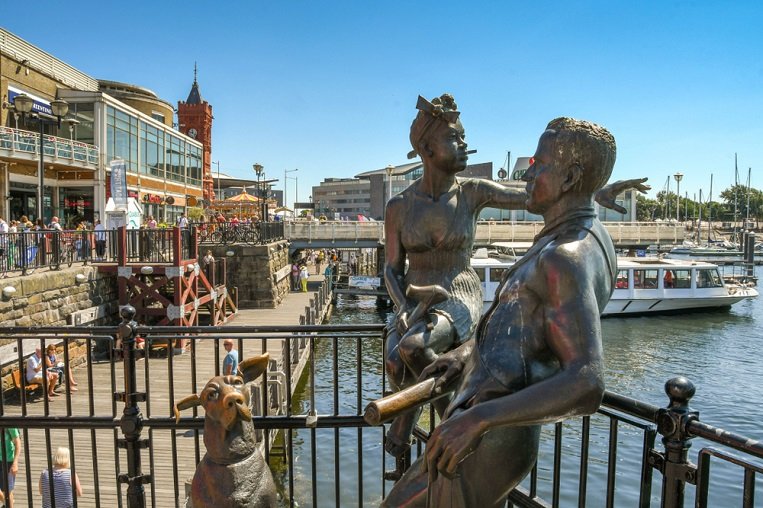 Overlooking the Bay and with a chic, cosmopolitan atmosphere, Mermaid Quay is where Cardiff comes to relax.

Even if you just have a few minutes to spare on the hop-on-hop-off bus tour of Cardiff Bay, it’s well worth the trip. If you’ve got some spare time, we highly suggest taking a stroll around the neighborhood to take in all the sights. Visitors of all ages may enjoy the pubs, restaurants, and activities in and surrounding Cardiff Bay. The boats parked at Penarth Marina may be seen on foot by crossing the sea barrier embankment, or for those with a limited amount of time, a boat tour of the bay is an option.

The Cardiff Bay Wetlands Reserve, located on Cardiff Bay’s northern side, is a must-see for nature enthusiasts. Invertebrates, fish, and other species may all be found in the reserve, and there is a secluded location overlooking the river that is ideal for bird watching. Cardiff Bay Beach is an urban pop-up beach that has a sandy play area, a small swimming area, bars, and food kiosks, as well as live music and activities to enjoy throughout the summer months in Cardiff Bay. Here’s some more UK trip inspiration here.