As a method of monitoring the spread of COVID-19, governments in Canada, the United Kingdom, Ireland, New Zealand, and others implemented required hotel quarantines for visitors coming in their country, they garnered both acclaim and condemnation.

Some individuals were perplexed as to why their freedom of movement was being restricted in their own nations. Travelers either incorporated more expenditures into their budgets or postponed their trips. Others attempted to get around the restrictions.

Exploring the history of quarantine hotels exposes ambiguities and inequalities that continue to drive disputes about their efficacy in the Covid-19 era.

There’s a reason why hotels were chosen for forced quarantine and other COVID-19-era public-health initiatives like rehousing homeless individuals. The latter was carried out at Toronto’s former Roehampton Hotel, where it was greeted with opposition from the affluent neighborhood.

Space is provided by hotels. Individuals and families can be segregated and monitored thanks to their capability and internal structure. Meals may be delivered with little to no touch, and movements can be monitored.

Kenneth Morrison, a historian and expert on hotels in times of crisis, says:

Hotels are extremely flexible structures. Of fact, hotels have recently been converted as quarantine centres or temporarily employed as enormous homeless shelters to safeguard individuals who are most vulnerable from the COVID-19 pandemic’s ravages. While hotels are designed for a commercial purpose, their internal infrastructures allow them to be modified to work well in a variety of situations.

Governments have been drawing on a long history of repurposing hotels for new purposes. When this happens, the ideals commonly associated with hotel life may shift. 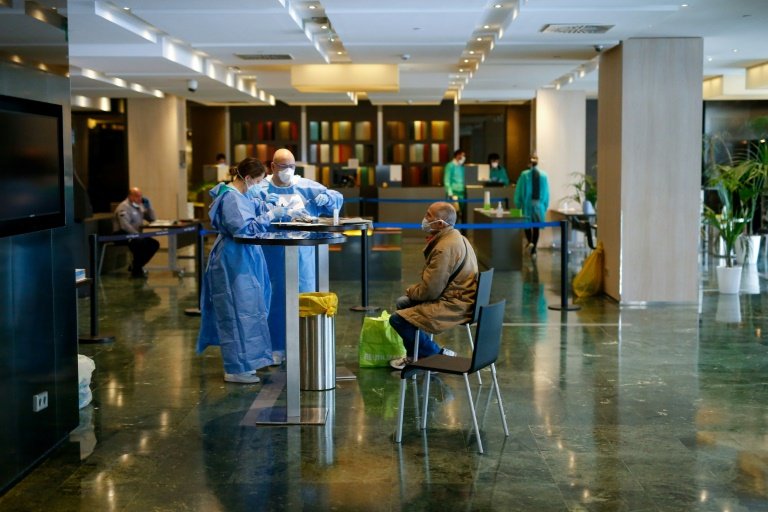 Despite being followed by eyes and cameras from arrival to departure, having our credit cards on file, and each swipe of our key card disclosing our comings and goings, we envision hotels as sanctuaries of independence and even anonymity. The quarantine hotel makes such procedures visible, evoking the Hotel California from the Eagles, a place “you can never leave.”

Detention has a long history in hotels. Their interiors are easily reused, allowing them to go from enjoyment to confinement, with lobbies serving as checkpoints and rooms serving as apparent prisons for people who can’t wait to get home.

For many hotel occupants, such as refugees awaiting processing, a stay at a hotel lacks the glitz and glam associated with the comfort and elegance of sleek modern structures or ancient grand hotels. In reality, citizenship status and social class have had a significant impact on hotel immobility experiences. When disasters expose the contradictions between travellers’ expectations and the demands of the state, they provide chances to consider hotels’ involvement in such discussions.

Hotels have been identified as disease vectors in times of public health emergency. A terrible example is the fast spread of Legionnaires’ disease during a convention in Philadelphia in 1976.

Many examples of anxiety centred on hotels may be found throughout history. Disease might spread fast within and beyond their gates due to their transitory inhabitants. Staff rotates in and out, as do visitors.

At the first sign of an outbreak, medical authorities have frequently opted to restrict unwell and potentially ill individuals to a hotel. As a result, hotel quarantines were common not just during the smallpox and diphtheria epidemics, but also, more recently, during the H1N1 pandemic. 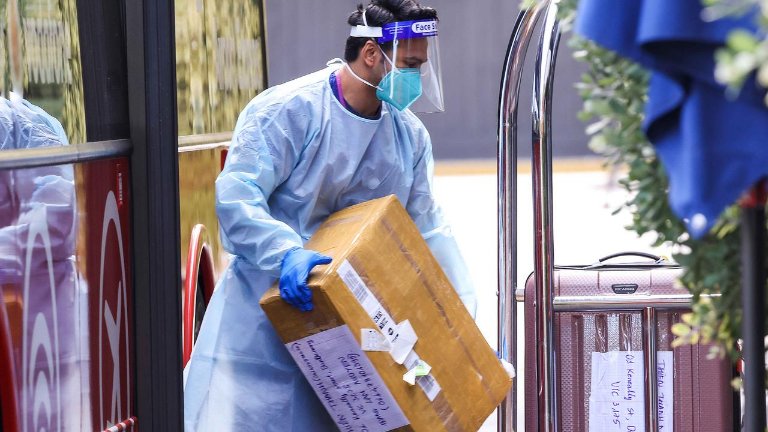 From bleak to opulent

Attempts to impose hotel quarantines have frequently proved unsuccessful. Many hotels in high-transience areas, such as ports, have historically accommodated workers of lower socioeconomic class, causing special concern. They caused worry, in part because of the poor quality of facilities in the buildings, which were prone to disease transmission.

The experience of being forced under lockdown in the face of smallpox, for example, might be dreadful.

Quarantine, on the other hand, may be relaxing and even luxury. This is shown by an example from Canada in the summer of 1903. A health inspector placed a quarantine on Gouldie House, a summer vacation hotel in Dwight, Ont., after the proprietor’s daughter died of diphtheria, according to the Toronto Daily Star. Residents continued to swim and socialise with other cottagers and friends, although from a distance of 20 feet.

Even in the relative comfort of a contemporary hotel, where food is served to rooms and Wi-Fi and basic luxuries are available, we can draw similarities with cultures of resistance to forced stays today.

Something about the quarantine’s prescriptive character appears to flip the hotel’s previous openness on its head. This is especially true for those who associate hotel visits with an extraordinary amount of freedom, such as stealing shampoo bottles from the cleaning cart or overusing towels. Many travellers’ confidence in their right to come and go on their own terms is challenged by the concept of being restricted to even a resort hotel. 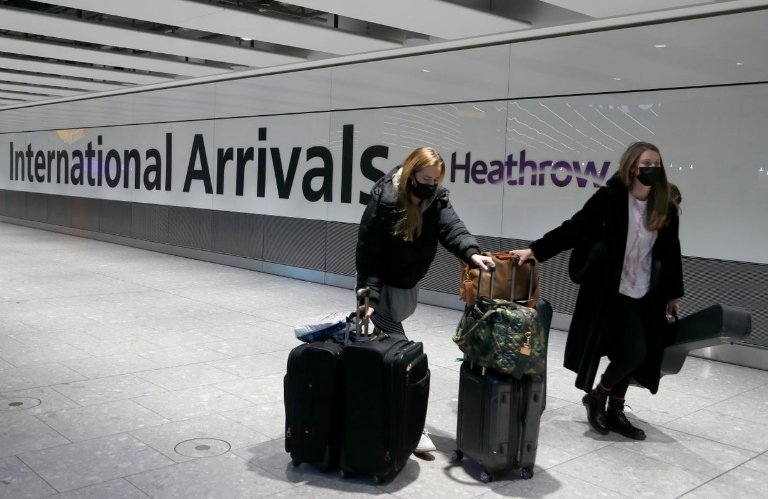 For decades, quarantine hotels have existed.

While hotels are frequently connected with the problem of contagion, they are occasionally viewed as institutions that serve as the first line of defence.

When influenza struck Toronto in 1918 as part of a worldwide epidemic, two hotels in the city — the Mossop Hotel and the Arlington Hotel — were prepared to receive patients. The Queen’s Hotel in Quebec was closed owing to many occurrences of influenza in 1937, according to The Globe and Mail, and was turned into an influenza hospital. Similarly, hotels were modified to accept the injured during the First and Second World Wars as Canada hurried to expand its hospital capacity.

As part of a cautious COVID-19 plan to address transborder viral transmission, several governments across the world have mobilised hotels.

At Canada, overseas flight travellers are forced to quarantine in an authorised hotel at their own expense by the federal government. Similar limitations were imposed in late April 2021 in New Brunswick. These limitations have sparked much debate, ranging from the quarantine’s apparent porousness to how different regulations apply when crossing the border by automobile.

Hotels under this travel exclusion regime resemble ancient quarantine stations on country boundaries through their preventive roles. Upon arrival at land borders and ports, immigrants were frequently held at such stations, separated from the rest of the community until their health condition could be established.

The Boston Globe reported on June 2, 1900, that a bubonic plague epidemic in Honolulu forced many travellers to stay in a quarantine facility on Vancouver Island called William Head. A “well-furnished, cheery” residence for “first-class passengers” had been constructed independently, with its own vast grounds and 9-hole golf course, in addition to medical facilities. Most people at this station didn’t have access to such amenities, emphasising how much hotel life under quarantine was, and continues to be, moulded by the traveller’s position and finances.

Hotels have special capabilities that have made them flexible in emergency situations for a long time. The state has frequently found uses for them that go much beyond the traditional function of lodging visitors who come and go at their leisure. The state has had to negotiate traditional assumptions of how hotels should function throughout the process.

Covid-19 invites us to look critically on how hotels are managed and occupied by various people in various ways, and to examine beliefs about their link with unrestricted freedom and movement.