The Top Festivals in The United Kingdom in 2022 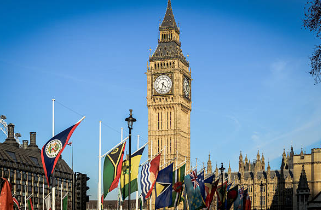 Discover the festivals in the United Kingdom, covering a wide variety of genres, which usually run from late May to early September.

The summer of 2021 was a quiet comeback for the UK festival industry. But this year 2022 it’s back with all its might. Summer wouldn’t be summer without a chance to party on a field, surrounded by friends. Musicians, and plastic cups of your favorite beverage.

This year, all the usual major players, including the student bacchanal Reading and Leeds. The rock festival, and the glitter explosion Mighty Hoopla, are present and right.

In the end, there’s a festival out there for everyone, regardless of whether you’d want to be in bed by 10 pm. Take a look at this list of the best festivals in the country for a summer of music, art, and culture.

This weekend’s epic guitar riffs and hard-core headbanging await you! The all-star lineup includes legends from the 70s and 80s and up-and-comers from nu-metal, hardcore, and emo. It’s a live rock and roll museum. At Donington Park, a former motorcycle haven, it’s a fitting site for the event’s host. At this festival, you won’t be able to get your hands on gourmet cuisine or other luxuries.

Since its inception in 2013, this Manchester music festival has established itself. A prominent player by hiring big stars from across the musical spectrum. Megan Thee Stallion, Lewis Capaldi, and Eric Prydz are just a few of the musicians. They will perform at this year’s festival. So you’ll need to arrange a nearby hotel or motel if you want to camp here.

The Isle of Wight Festival 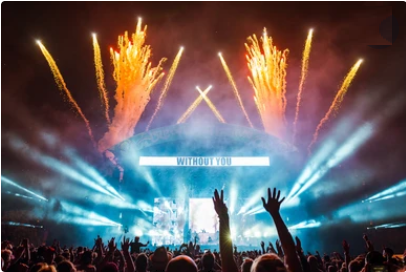 A busy crowd at the Isle of Wight Festival.

When it was brought back to life in 2002, this venerable event quickly gained. The new following thanks to an impressive lineup that included several well-known artists.

From Nile Rodgers and Chic to Madness, this year’s festival has it all. For only £7.50, children ages five to 12 may attend. While children under the age of four are free. This makes it a family-friendly event.

In the words of its website, it’s “the UK’s tastiest event for music and young culture.” It’s hard to argue with that. Over three days in a Cambridge park. The loaded lineup includes celebrities from the realms of hip hop and R&B. Soul, reggae, house, and drum ‘n’ bass. Strawberries & Creem has a lineup that is 60% female. At a time when many festivals are still striving for a more gender-balanced lineup

Dreamland Margate, the UK’s oldest surviving amusement park, hosts this new event, which promises “a day of music and rides by the British beach.” This is a one-day event, but the line-up, which includes indie queens Mitski and Soccer Mommy, is surely powerful. Check out performances by Brooklyn experimentalist L’Rain, top London indie duo Sorry, and Melbourne goth-poppers HighSchool.

A Garden Party at Kelburn

A renowned gang of Brazilian graffiti painters has decorated the façade of a twelfth-century. Scottish castle half an hour outside Glasgow. Whirling paintings that seem like something from a fairytale from the twenty-first century. A celebration of imagination floods the grounds of Kelburn Garden Party. Artists from the techno, disco, funk, and folk genres all contribute to the eclectic mix. All of this is in addition to an abundance of surprising and delightful activities. Such as the comedy bus, steam room, and Wild Swimming Spot. 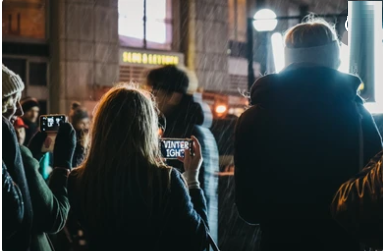 A rap and urban music festival that takes place every year in London,

For the first time, the festival will be held in three locations: two in London and one in Birmingham. The line-up is dominated by hip hop. Grime, and R&B, with more A-listers than the Met Gala.

Make sure to double-check which headliners you’ll receive at each location before you buy your tickets.

The Supersonic Music and Arts Festival

Known for its unconventional programming and intimate setting. Birmingham’s tiny experimental festival has acquired a devoted fanbase (and high praise from the indie press). In addition to music, this year’s festival includes several workshops. You may meet like-minded people and create unique pieces of art. A new site in Digbeth is in store for Supersonic this year.

For the first time since 2019, Latitude has been held as a full-capacity festival. Thanks to a trial program run by the government. Music, comedy, poetry, drama, literature, podcasts, and interesting family activities. The health was all part of this year’s line-up. Dame Sheila Hancock will be giving a presentation and Aardman. Those people behind Wallace & Gromit will be teaching a kids’ model-making workshop exclusively for this summer’s festival.

It’s hard to top Wilderness when it comes to smaller, more intimate events. Everyone from Peggy Gou to David Morales brings the rave to an Oxfordshire estate. Making this year’s lineup a dance fan’s dream come true. It’s not only the music that makes Wilderness special, however. All of this is included in your admission to Skye Gyngell’s and Robin Gill’s culinary creations.  As well as the chance to take a refreshing swim in the lake. It’s a festival for the spirit, not the body.