The Best Sculpture Parks in the United Kingdom 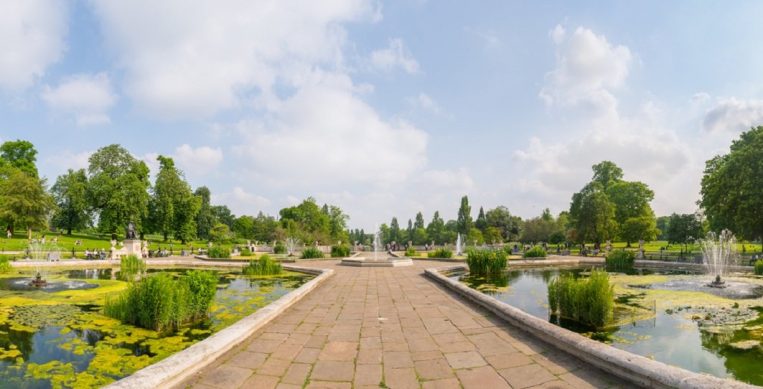 This year British summer has finally arrived, and people are going outdoors to make the most of it. We should be praised for our stunning beachfront, quaint beer parks, and outdoor pools. Many beautiful parks and outdoor museums. Galleries that may be found around the United Kingdom. In the rest of Northern Ireland, Scotland, and Wales during this time of the year.

Our list of the top sculpture parks and trails in the United Kingdom. Includes a metalwork safari in Shropshire and a modern art refuge in Norfolk. 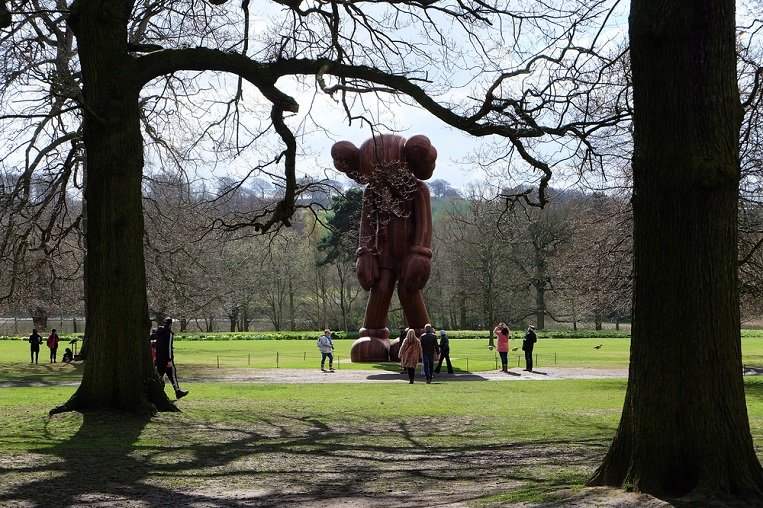 The oldest sculpture park in the United Kingdom celebrated its 40th anniversary in 2017. Normally it has over 100 sculptures to be found around the area. Its located near Wakefield in West Yorkshire. Ai Weiwei and Damien Hirst are two international artists whose work is in the museum’s regular collection. Henry Moore and Barbara Hepworth, two British modernist sculptors, have a pieces collections.

On-site galleries include the RIBA Award-nominated Weston building and six others scattered across the parks. There’s a store and a fantastic restaurant that offers a seasonal fare. Including dishes cooked from the park’s antique fruit trees, which opened in 2019. One day would not be enough to explore everything that YSP offered, with its enormous size (500 acres). 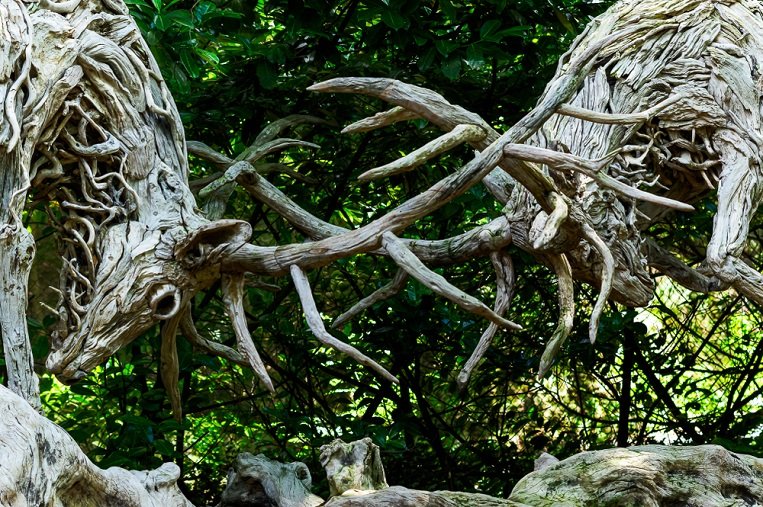 A wooden sculpture of a pair of rutting stags is on display at a sculpture park.

Are you interested in creating your sculptural oasis? Visit this 10-acre woodland park in Farnham, Surrey. See up to 800 sculptures by 300 foreign artists anytime. Everything from classical to modern, figurative to surreal. Practically everything in the garden is for sale, the art is constantly developing.

It’s home to a wide variety of animals. There are lots of picnic areas around the three lakes in the gardens. Also plenty of room to relax and soak in all the amazing artwork. 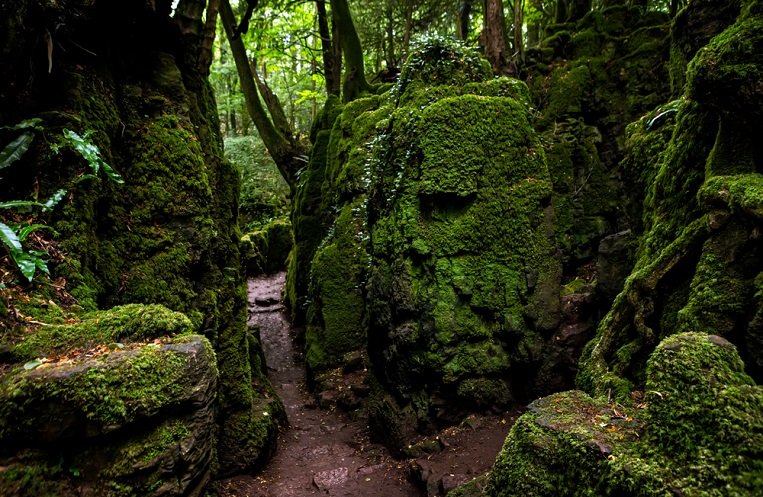 The moss-covered rocks of Puzzlewood, an ancient woodland near Coleford in the Royal Forest of Dean, Gloucestershire.

One of the UK’s oldest sculpture paths. Gloucestershire’s royal woodland back to medieval times. Founded in 1986, the park composes of  17 sculptures. Its spread out around a 4.5-mile circumference. Several of which interact with the forest surroundings or are made from its raw materials. Some example “Iron Road” is created from railway sleepers put on an abandoned track.  “Cathedral” is a stained-glass window portraying a forest scene that hangs among the trees.

When you’re done with your hike, you may relax at the picnic area of the Forestry Visitor Center. Where you started and ended the walk. Along with the eight sculptures that are already in the park.  The shorter route that is better for families and people with mobility issues is being planned. 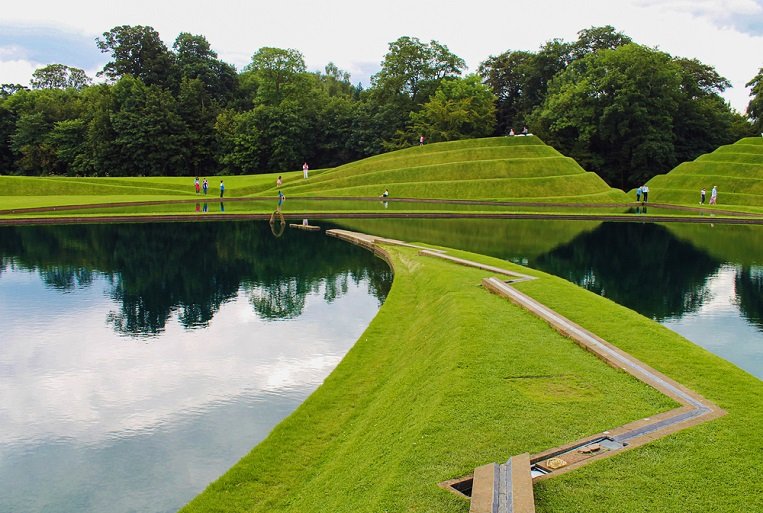 Jupiter Artland is a large unusual park with a garden, rivers, and sculptures.

More than 100 modern artists have been invited to produce permanent works. 120-acre forest sculpture park in the area of Bonnington House. These include Antony Gormley, Phyllida Barlow, and Anish Kapoor.

In addition to the 12-meter-high “Love Bomb” orchid by Marc Quinn. The “Gateway” paddling pool by Joana Vasconcelos, and “The Cells of Life.” A sequence of carefully groomed grassy plains and lakes was created by Charles Jencks. It seems to compile the process of mitosis when seen from above. Jupiter Rising, a two-day event of art, music, and performance that takes place in August. 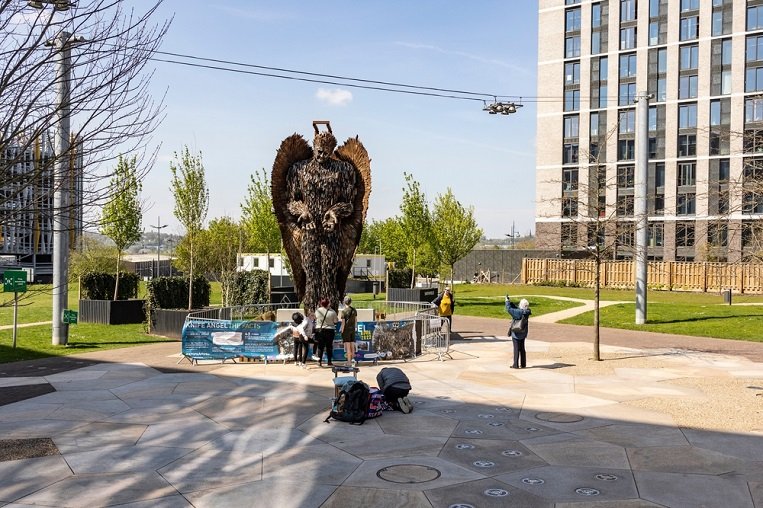 The national acclaimed Knife Angel statue spent most of April at Smithfield business quarter in Hanley.

The Sculpture Park at the British Ironworks Centre

For 30 acres, the British Ironworks Centre’s garden houses. They have a collection of more than 100 iron sculptures. The Extinction Trail is the main attraction. It is a “metal safari park” with forty sculptures of extinct and endangered species. Such as a woolly mammal and a family of giraffes.

These include 40,000 spoon sculptures by Uri Geller. More than 100,000 knives and weapons were collected from the streets of the UK.  This is to create the ‘Knife Angel’ monument to combat violence. There is also a playground, a cafe, and a showroom on the property.  As well as classes where you can learn blacksmithing and silver working. 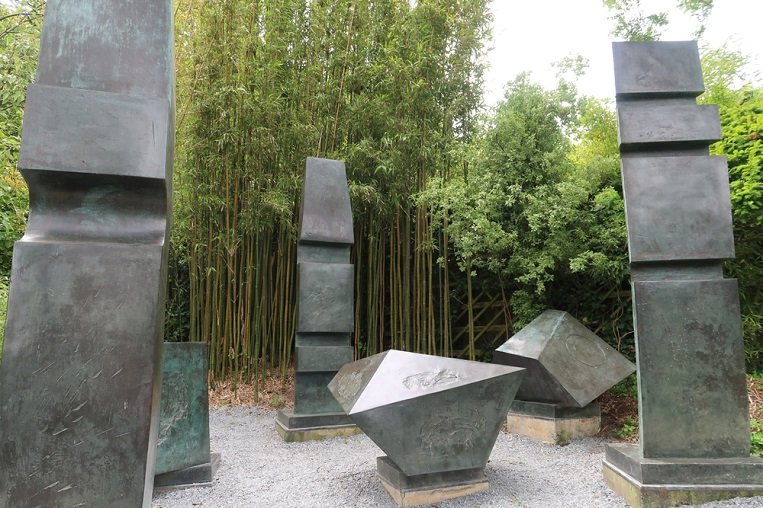 Over twenty sculptures can be found along the route through the garden.

The Sculpture Garden at The Barbara Hepworth Museum

Hepworth’s family converted her St Ives house and studio into a museum in 1976. Following the artist’s desires indicated in her will. The museum has the greatest permanent collection of works by the modernist sculptor. Many of the artist’s personal favorites are on show in a modest but attractive garden overlooking the sea.

Even though the outside has changed a lot. The inside gives a rare look into the life of one of Britain’s most productive painters of the 20th century. 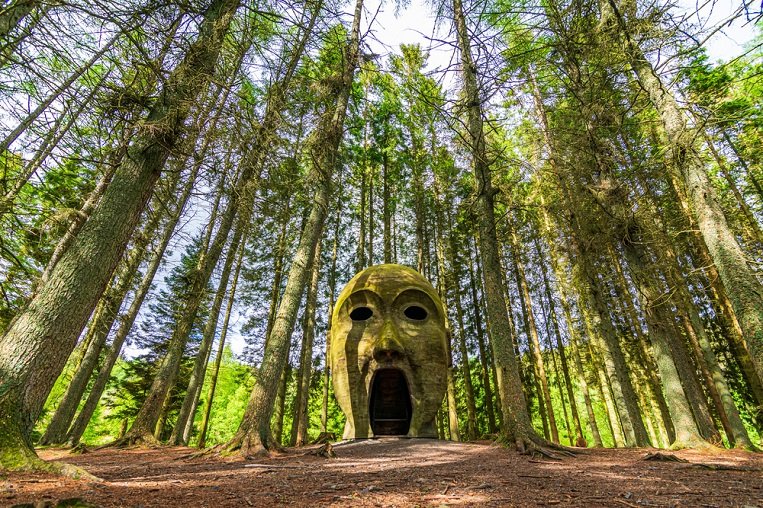 Explore Kielder Forest and Water Park and be inspired by the interesting collection of sculptures and architecture.

The Kielder Art and Architecture Trail

Visitors may explore the Minotaur Maze, and take brass plate rubbings on a two-mile walk. Take in the view from the ‘Janus Chairs’, three revolving chairs on a peninsula protruding into the reservoir. James Turrell’s “Skyspace,” the tree-hanging “Mirage,” the “Wave Chamber,” and “Silvas Capitalis.” A massive wood head encircled by pine trees. All are well worth the trip, as are the other impressive sculptures. 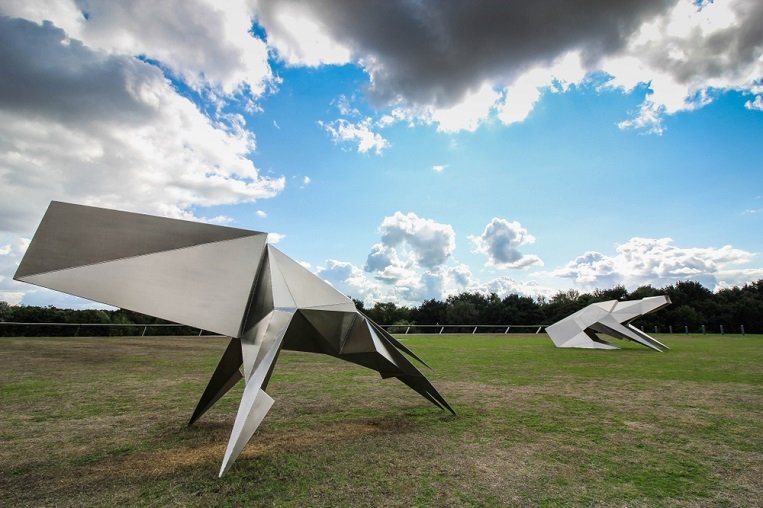 Inside the Sainsbury’s Centre of Visual Arts. You’ll find works by Francis Bacon, Pablo Picasso, and Edgar Degas, among many other greats. An additional twenty or more works of art adorn the campus’s 350-acre. Its Norman Foster-designed structure.

Henry Moore, Antony Gormley, Lynn Chadwick, and Elisabeth Frink are among the artists. Their works are included in this collection. Lastly, and most importantly, it’s possible to get a glimpse of some of the local wild rabbits. Playing among the artwork if you’re patient enough. Both the park and the museum are open to the public during daytime hours. 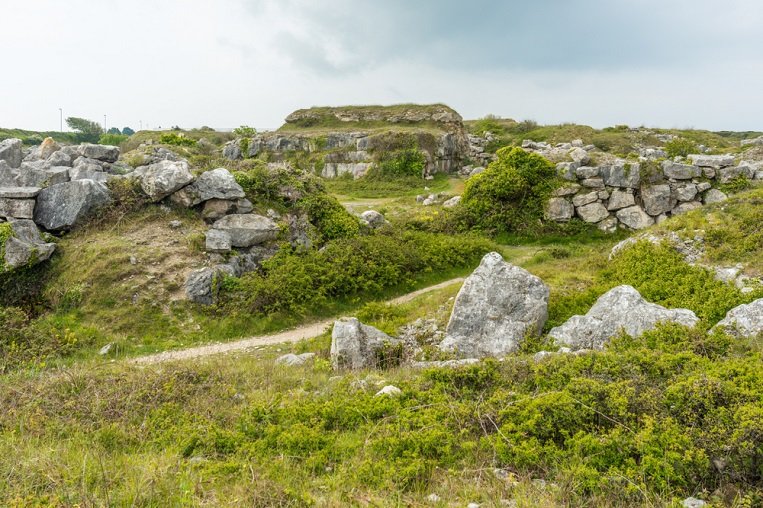 Tout quarry sculpture park and nature reserve at Portland Heights on the Isle of Portland.

Located on Dorset’s Isle of Portland, a former limestone quarry was transformed into a nature reserve. In the 1980s its currently more than 60 sculptures can be seen across its 40-acre property. Artists like Antony Gormley and Phillip King have created pieces specifically for the quarry. Carving them into the rock or using Portland stone as their medium.

It’s very uncommon to see artists and students working in the quarry. As a result of the many sculpting classes and residencies that are held here every month. For more travel tips and travel advice check out here.