The Top 11 Beaches in England

The beach of Challaborough Bay near Bigbury South Devon England.

England has hundreds of beaches and thousands of kilometers of coastline. All over Britain, you’ll find sandy coves that are perfect for different things, like getting away from it all, having fun with your friends, or just relaxing on a long stretch of soft golden sand.

The greatest beaches in England are strewn around the nation and, in the height of summer, can compete with any of Europe’s sunnier climes. All of the beaches on this list have received the Blue Flag designation for cleanliness and environmental management, giving you peace of mind. 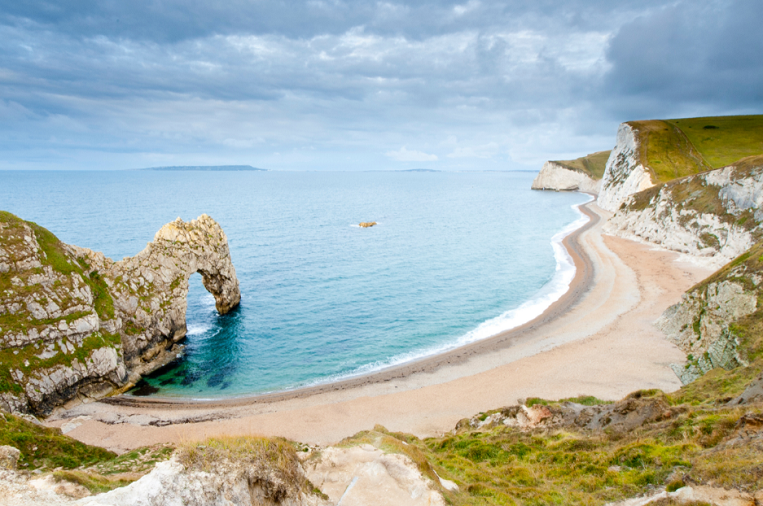 Visit one of Dorset’s most well-known natural areas.

Durdle Door is a popular image on Dorset fridge magnets and postcards, but nothing matches visiting it in person. Natural UNESCO World Heritage Site: The beach is known for its limestone arch. In 2001, it was made into a World Heritage Site by UNESCO.

The beach is composed of pebbles and shingles. Swimming is permitted, although swimmers are recommended to use care due to the lack of a lifeguard. The best way to take in the breathtaking views at Durdle Door is from the cliff-top observation point above, where there is a small snack and gift store. 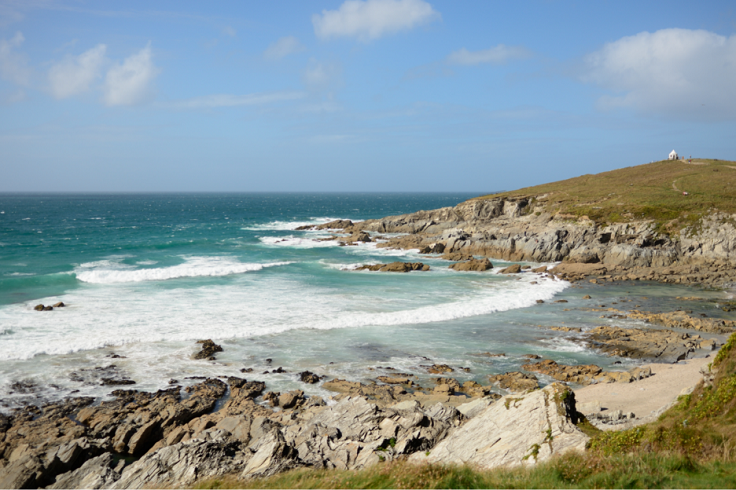 Dunes & cliffs line up along this sand beach known as a prime surfing destination.

Fistral Beach is known as the greatest surfing beach in England. Remote and tranquil while being just a few miles from the bustling coastal resort of Newquay. This beach has both soft sand and rough slopes. The waves may be fairly big at times, attracting a large number of weekend surfers. There is a lifeguard tower for added safety.

A concentration of restaurants and bars near Fistral Beach’s far end makes for a wonderful spot to eat and drink. The Headland Hotel and Spa boasts a very nice view of the beach. 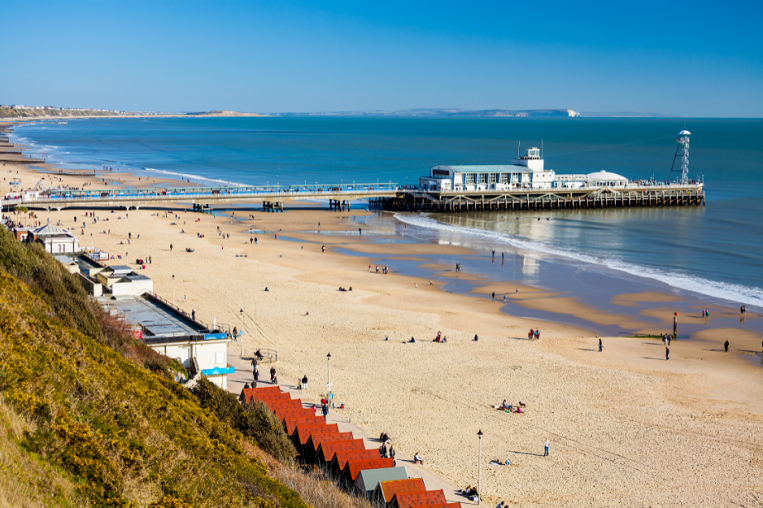 Bournemouth offers one of the best beaches in England. Seven award-winning miles of broad and silky golden sands. The English Channel isn’t renowned for its warmth. Yet Bournemouth has a microclimate that produces some of the warmest seas in the UK.

There are other beach sports to attempt, such as kayaking and paddleboarding. Bournemouth Pier has novel attractions such as a zip line and a climbing wall. As a consequence, the beach resort has a pleasant and inviting vibe with a bustling pulse. 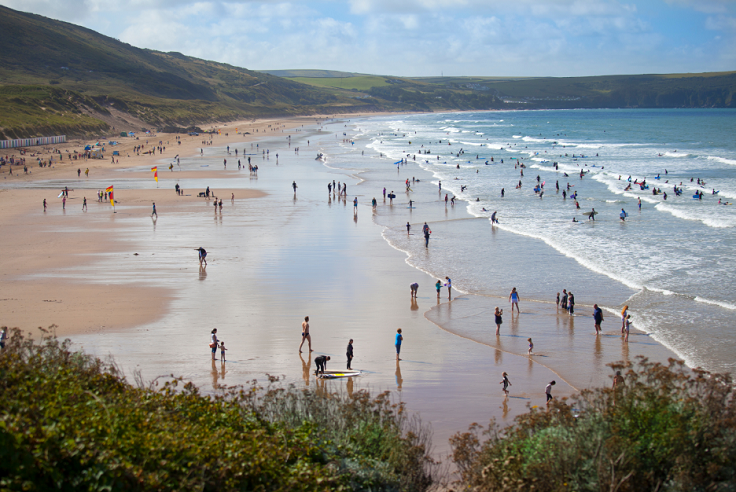 Set in the stunning coastal countryside, with spectacular Sea views.

At low tide, Woolacombe Beach is extraordinarily broad, providing an infinite panorama of sand and sky. It’s popular with families and surfers, and there’s even a portion of the beach dedicated to dog walkers. In the summer, it’s a busy beach with many amenities, such as changing rooms, lifeguards, restaurants, ice cream trucks, and even bouncy castles.

The village is constructed on the verdant slope that surrounds the beach, giving it a charming atmosphere. A trip up the coast to the next headland exposes other rough coves to explore, such as Combesgate Beach and Grunta Beach. 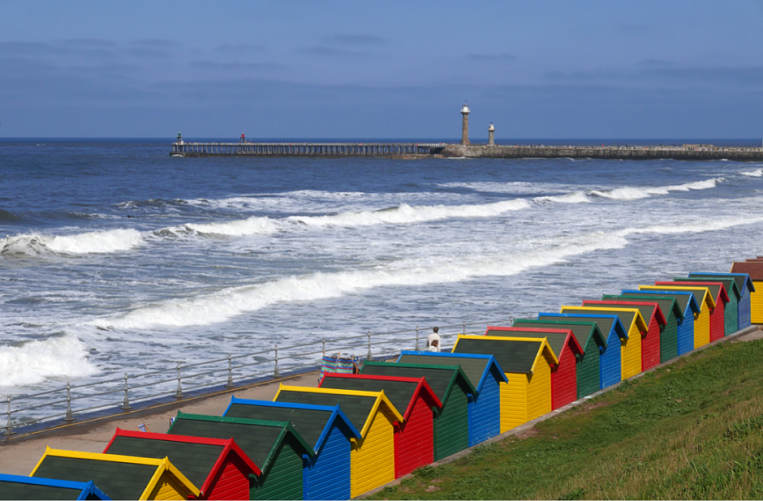 Surfing, kite flying, and fossil searching are all popular activities on this beach

Whitby is a charming coastal town with quayside arcades, lovely scenery, and some of the best fish and chips in the UK. It may be a small community clinging to the shore on the outskirts of the North Yorkshire Moors, but it is full of charm.

You may come any time of year, although the North Sea can be rather a frigid outside of peak summer. The settlement of Sandsend, located at the far end of Whitby Beach, is one of the more popular spots for soaking up the rays. During the summer, you’ll find the typical British beach activities in and around Whitby, such as donkey rides, ice cream vendors, and colorful beach huts. It’s also a great place to go surfing, kite flying, or fossil searching. 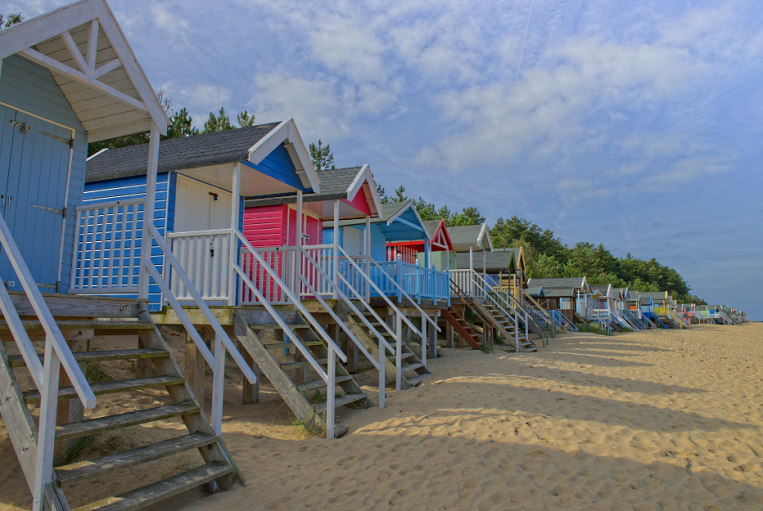 You can walk there along a raised path with fabulous views over the marshes.

Tall pine trees and a series of beach cottages frame this expansive crescent beach in Norfolk. On a summer day, it’s breathtakingly beautiful, and there’s a bird refuge behind it where you can hear the chirps and squawks of birds all day. The North Sea is notorious for being a little frigid, but it’s perfect for a little paddle.

The town still has a thriving fishing port, and there are lots of eateries providing local fish and crabs brought in by the locals. If you want to spend some time away from the beach, the real town of Well-next-the-Sea includes several historical buildings. This is a great beach for couples who want to go on a quiet vacation with a little history and culture thrown in.

7. The Beach at Bamburgh Castle 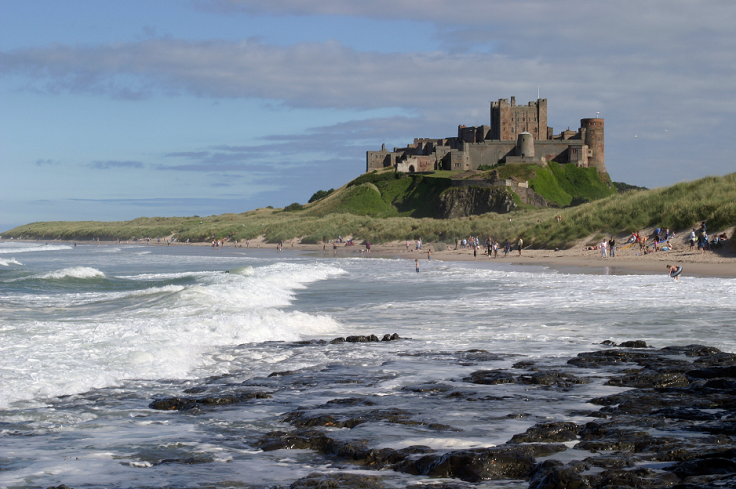 Perfect place to go for a walk after a visit to the village of Bamburgh.

Bamburgh Beach, in northern England, is a craggy and renowned piece of shoreline overlooked by an ancient Norman-era castle. This is a great area to get away from the contemporary world with its lengthy coastal walks. The North Sea is frequently frigid here, 20 miles south of the Scottish border, but you may still go for a brief swim in the warmer months. The wind howls in from the shore, making it a famous surfing location.

In addition to relaxing on the beach, a visit to Bamburgh Castle, which includes fascinating tales of Viking invasions and Scottish rebellions, is entertaining for all ages. 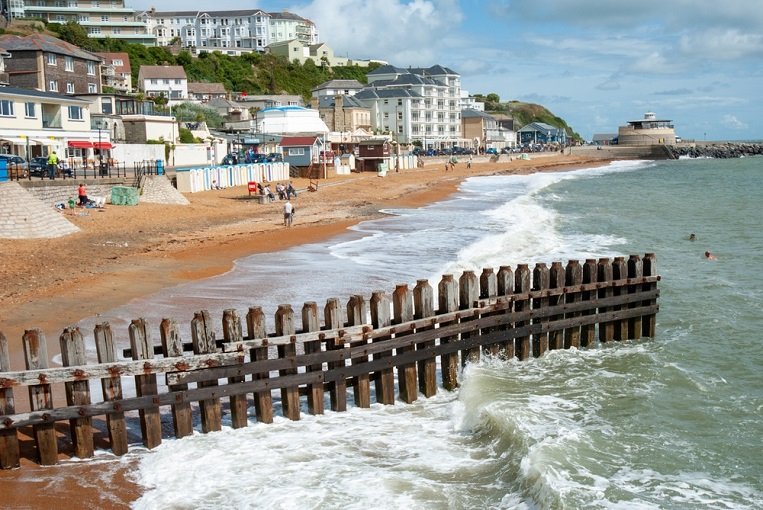 Ventnor red shingle beach in the Isle Of Wight.

The Isle of Wight has 17 Blue Flag beaches and more than 50 miles of coastline, so it’s not short on fantastic beaches. This southern island off the coast of Portsmouth is ideal for a beach vacation, and at just 23 miles wide, you can quickly travel from one sandy cove to the next.

We selected Ventnor Beach because of its blend of smooth sand, rolling waves, and family activities since we only had time for one beach. Many businesses and amusements have a nostalgic feel to them. There are several hotels and B&Bs with sea views in the Victorian-era village along the beach. 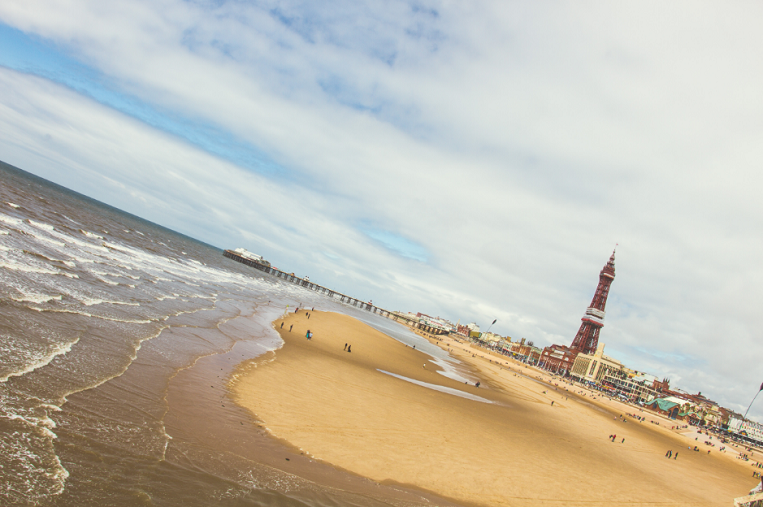 Blackpool seashore has seven miles of sand and three big piers, as well as the 500-foot-tall Blackpool Tower.

Blackpool’s shingle beach isn’t the most beautiful in England, but it rates highly as a pleasant day at the beach with plenty of activities. The Blackpool Pier is one of the greatest in the nation, while the Blackpool Tower and Pleasure Beach amusement park ensures that there is never a dull moment.

The donkey rides, flashing arcade games, and cabaret acts haven’t altered much in a generation, which is endearing. After the sun goes down, Blackpool becomes a magnet for bachelor parties that party into the wee hours of the morning. 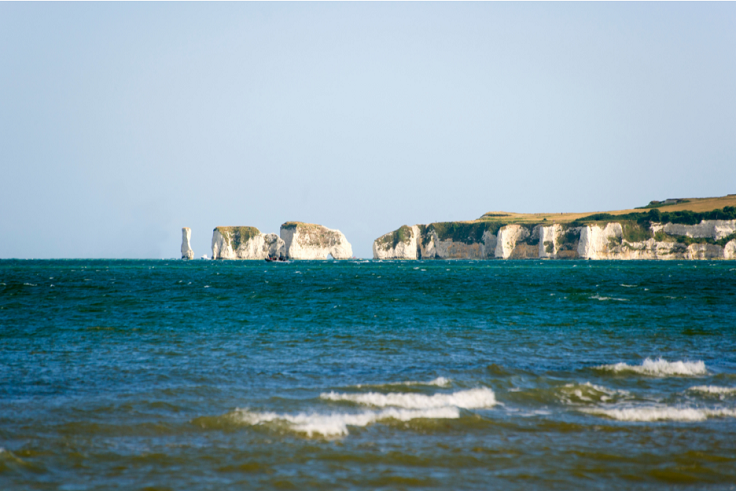 A beautiful piece of natural coastline in Purbeck with a four-mile stretch of golden sand beach and gently shelving swimming waters.

Studland Bay in Dorset is worth the long drive through the Hartland Moors if you want to go back to basics. This secluded strip of sand, which is protected by the National Trust, is one of the most beautiful places in the country.

The beach stretches approximately four miles north to south, so it can accommodate a wide range of visitors. It has sailing clubs at its southern end, a nudist zone at its quiet northern end, and smooth, golden sand in the center portion for relaxation. The South West Coast Path runs along the shore, making it a popular destination for ramblers as well.

Studland Bay is just 8 miles down the coast from Bournemouth, but you must take a ferry over a tiny strait, which adds time to the route. 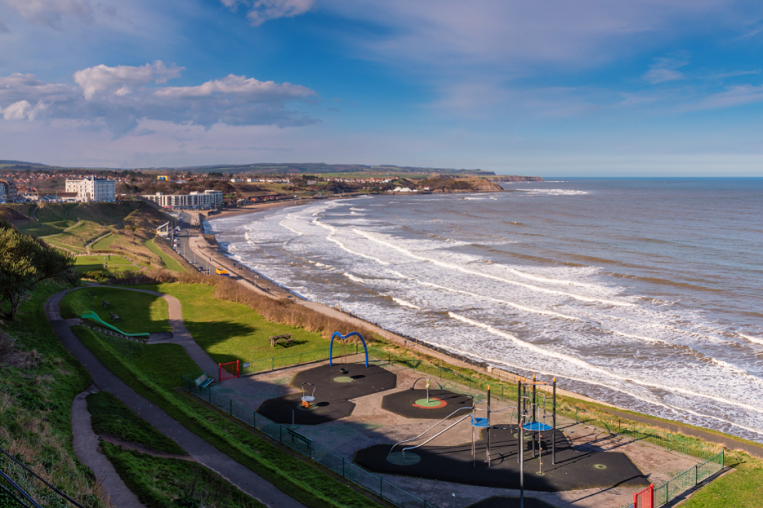 One of England’s most famous seaside resort towns.

South Bay Beach in Scarborough is one of the most popular beaches in northern England, owing to its smooth sand, amusement arcades, donkey rides, and the majestic Grand Hotel perched on the cliff tops. Like a Victorian-era vacationer, you may still ride the ancient cliff lift down to the beach from the hotel.

On a hot summer day, South Bay Beach may be as crowded and exciting as any Mediterranean beach, albeit the North Sea is a few degrees cooler. Scarborough’s ancient port has been at the heart of the town for generations. Every day, the fishermen bring in their fresh catches, so it’s no wonder that the port is also a hotspot for outstanding seafood eateries.