Trip to Cambridge on a Budget 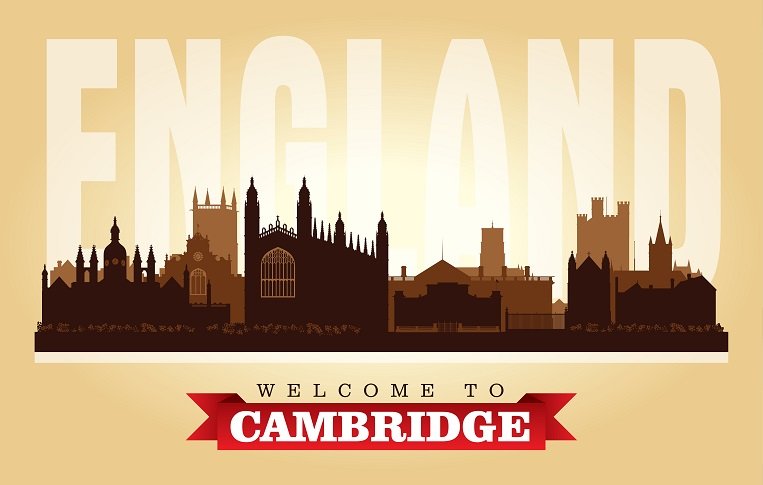 A city on the River Cam in eastern England, home to the prestigious University of Cambridge

Even if the UK isn’t your first choice for a cheap trip, it is possible to visit Cambridge on a tight budget. But thanks to these money-saving ideas, a trip to Cambridge doesn’t have to be a costly one. A simple day trip or full-on vacation, it is located around 50 miles north of London.

Archaeological evidence suggests that Cambridge has been inhabited since the Bronze Age. But it wasn’t until 1209 that the university, the UK’s second after Oxford. It was established that the city truly rose to prominence. This section of East Anglia sees more than 5 million tourists each year, bringing in more than £800 million. It’s because of thhe local economy thanks to the university and charming medieval center. It may not be possible for everyone, but there are ways to enjoy Cambridge on a limited budget. 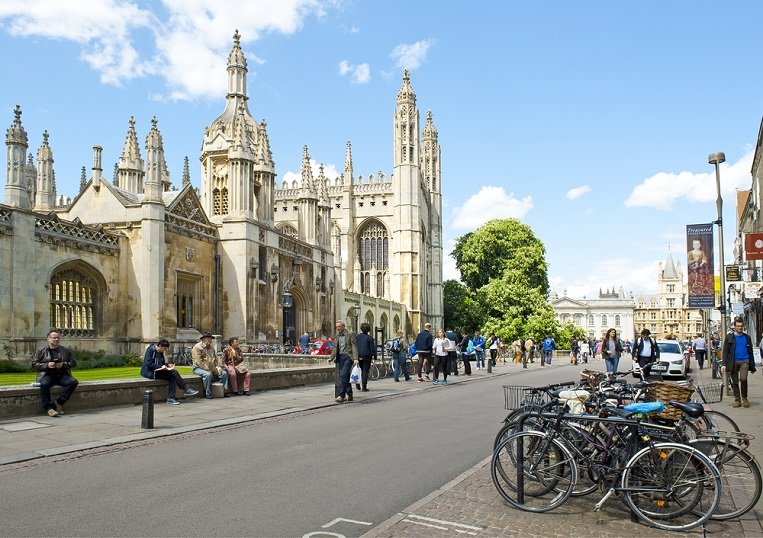 Visit here and listen to Evensong from King’s College, Cambridge.

When visiting Cambridge, don’t miss out on experiencing Evensong at Kings College. Evensong is free, however, admission to Kings College is $9 or $10, depending on the season. Even if you pay the entry price. You’ll only be able to enter the church and the grounds if they’re open. There is, however, a workaround. Anyone who chooses to attend one of the college’s chapel services is invited to do so with open arms by the college.

Worship is held every day throughout the school year, as well as during Easter and Christmas. Atheists and agnostics are also welcome to join in the celebrations. As long as you stay for the full service and show respect to those who are participating. You are welcome to sit and enjoy the service. Look up to see the biggest fan-vaulted ceiling in the world and Rubens’ Adoration of the Magi.

The Museums of Cambridge 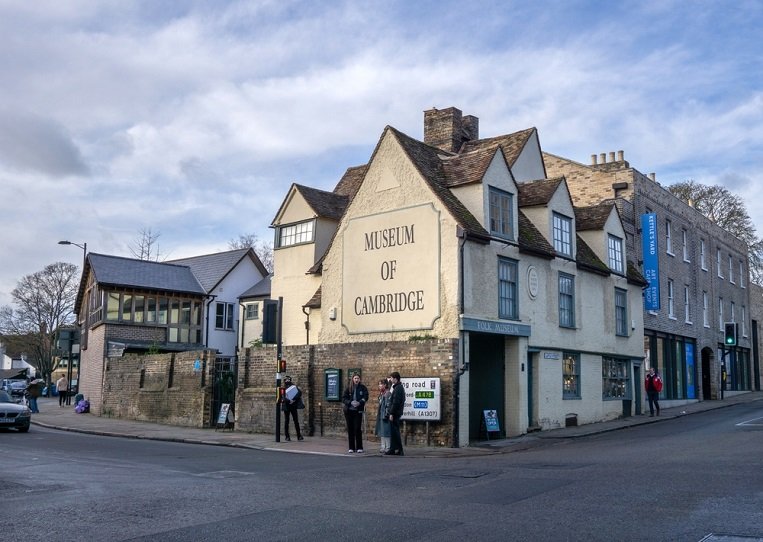 Museum of Cambridge in Castle Street.

Many museums in Cambridge are open to the public for free, which is a great perk for visitors. The most well-known is the Fitzwilliam Museum, which was established almost two centuries ago. With a significant donation of artwork to the university, including pieces by Rubens, Constable, and Breughel. The museum’s collection now stands at roughly 500,000 items. With no entry fee, there’s no pressure to view as many as possible on a single visit.

Spend some time in the city’s oldest museum, the Sedgwick Museum of Earth Sciences. The museum’s mineral specimens, some of which were acquired by Charles Darwin on the Beagle voyage. Affiliated with the university’s geology department and are sure to impress. The Scott Polar Research Institute Museum completes our list of free attractions worth checking out while you’re in town. 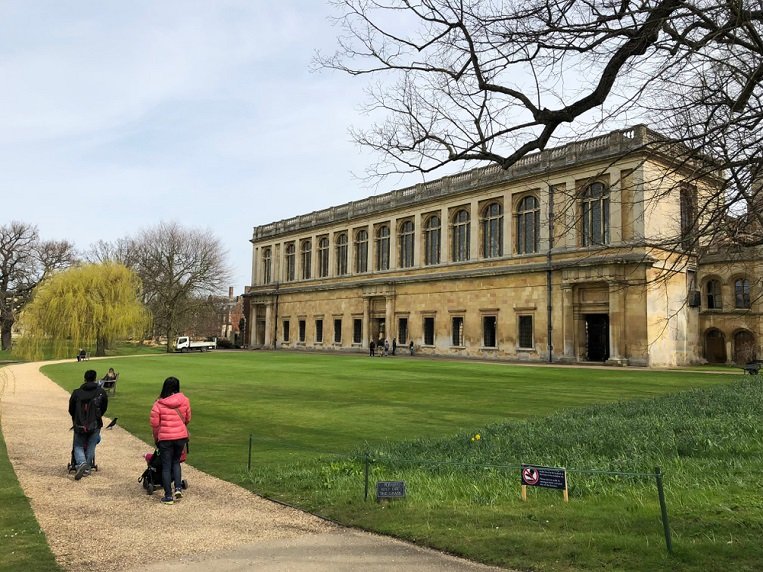 No walk-ups are allowed at the Wren Library, even though entry is free. To view the numerous literary treasures that it houses, you must make an appointment. And appointments are only given to readers who satisfy certain conditions for their visitation. However, if you’re one of them, you’re in for a big treat.

The library’s most renowned book is the original A.A. Milne manuscript of Winnie the Pooh. There must be a reason for its presence Christopher Robin. The author’s son went to Trinity College, which oversees the library. Check out some of the 70,000 volumes produced before 1820. Including an annotated edition of Sir Isaac Newton’s Principia Mathematica while you’re there! (plus a lock of his hair). 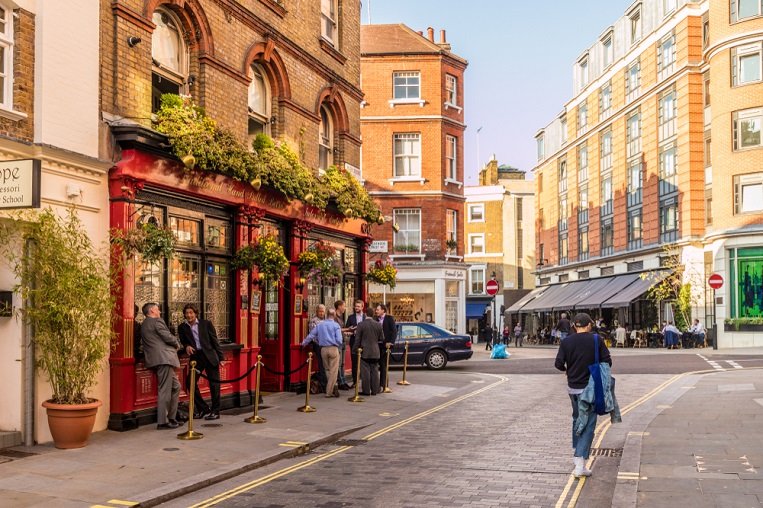 the Golden Eagle pub in Marylebone in London.

In Cambridge’s The Eagle bar, you’ll have to pay for your beer, but the history that comes with it is free. For centuries, an inn has been on this location. But the current incarnation goes back to 1667 when records reveal an ‘Egle and Child’s leased to Corpus Christi College.

However, its two most notable claims to fame originate from the twentieth century. When Francis Crick and James Watson strolled into a pub in 1953, they had a party in mind. They said, “We have uncovered the secret of life,” alluding to the DNA double helix structure. Graffiti on the ceiling by RAF pilots during World War II is a much more down-to-earth sight. Lipstick is used to show a woman, believed to be the pub’s landlady, in her underwear. 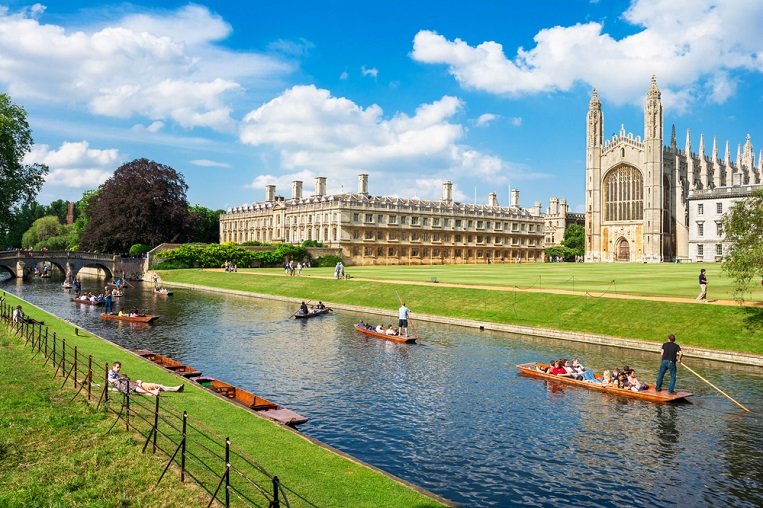 Punt trip (sightseeing by boat) along River Cam near Kings College in the city of Cambridge.

Renting a punt from Trinity College is a great way to save money when visiting Cambridge. Taking a wooden punt along the River Cam is a characteristic Cantabrigian pastime. Owing to the tranquility of the site and the stunning views of the riverfront universities. Access to the city’s Bridge of Sighs is severely limited, making seeing it from any other angle almost difficult.

However, like with any tourist attraction, high demand might raise prices. It costs roughly £33 per hour to rent a private vehicle from Scudamore’s. If you go through Trinity College, you’ll pay just £20. Consider a shared tour if you prefer someone else to do the legwork for you; punts may accommodate up to 12 passengers. In advance, this may cost as little as £19 per person. Which is more expensive than self-hire but less expensive than the £100 or more that you’ll generally pay for exclusive usage. Off-season, you may even be able to get a free punt. 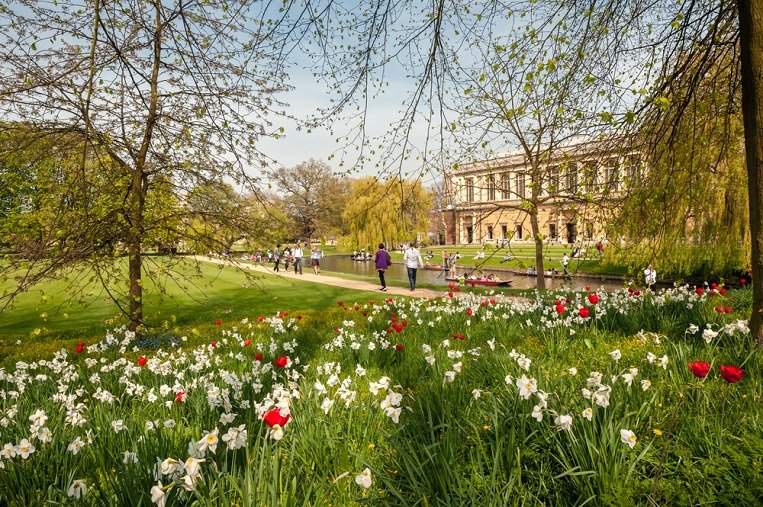 View of the Backs on a spring day with the River Cam in front of Trinity College.

St John’s, Trinity, Trinity Hall, Clare, King’s, and Queen’s colleges all back onto the River Cam. Hence the Backs were named after them. The meadows were utilized for both cattle grazing and agricultural cultivation. This is still the case at King’s, as shown by the presence of cows happily grazing luscious grass.

In Grantchester Meadows or on The Backs, a picnic is a wonderful opportunity to take in views of Cambridge institutions that back up to the river. In addition to the riverfront parks, Mill Pond is a nice place to have a picnic. 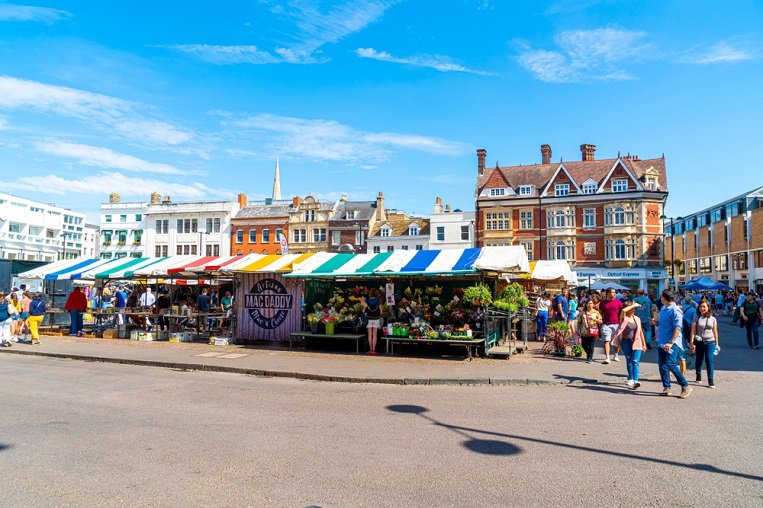 Global food at moderate pricing may be found in Cambridge Market Square, the city’s most popular shopping destination. If you don’t want to eat at one of Cambridge’s many fine restaurants, here is where you’ll find a variety of food trucks and semi-permanent booths put up frequently to provide a wide variety of cuisine.

Don’t restrict yourself to just one stop if you’re on a limited budget. Because of the great variety of food on offer, you’ll find yourself returning to Cambridge Market Square for a second or even third serving.